Participation of KEDITH in the European Project BE PART. 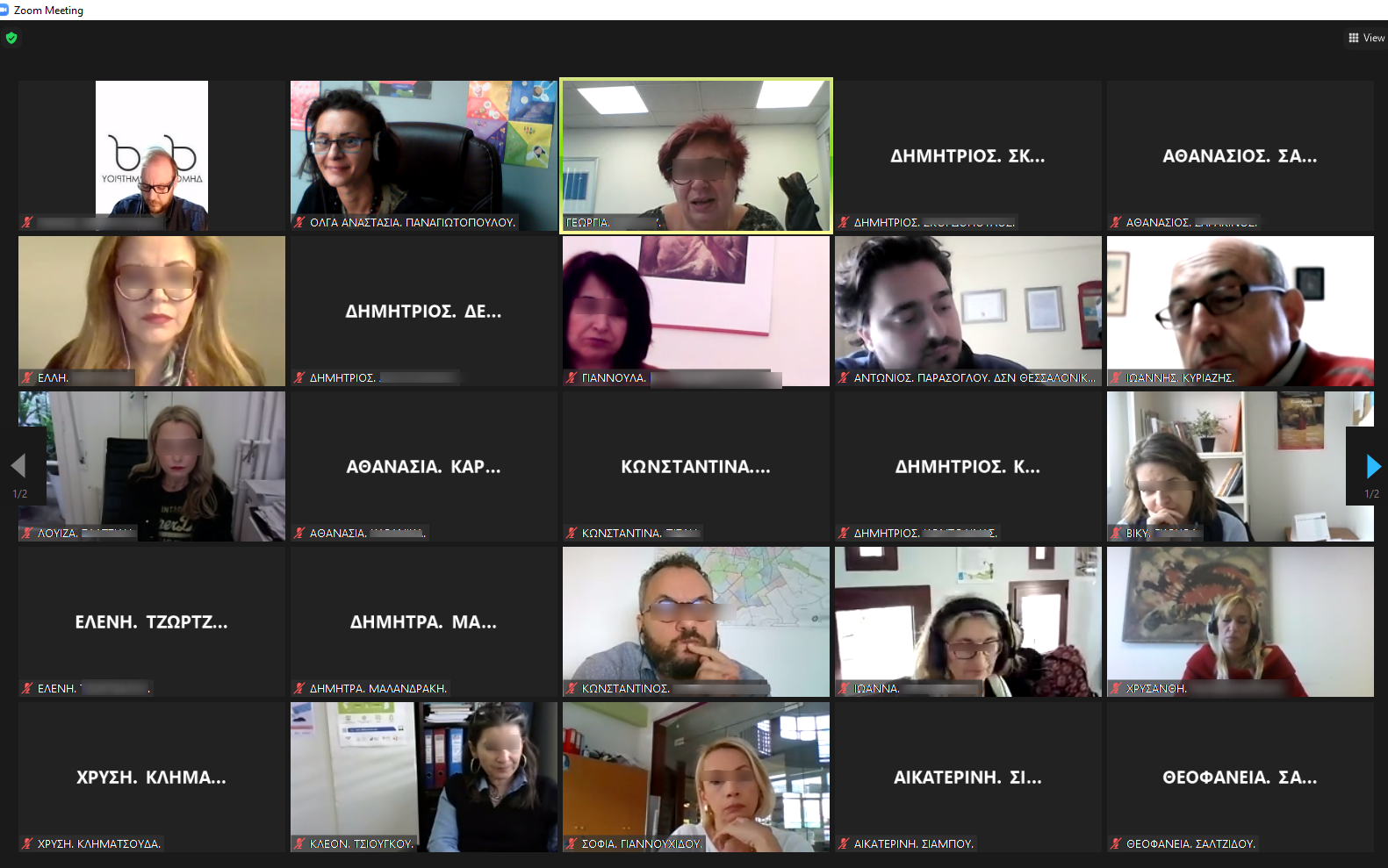 The Public Benefit Enterprise of the Municipality of Thessaloniki responded to the invitation of the Hellenic Society of Local Development and Self-Government (EETAA) and participates as one of the three pilot municipalities in the approved European project BE PART 'Breaking silos, promoting youth-led intercommunal dialogue against xenophobia at local level ', which is co-financed by the EU. and the Program "Rights, Equality and Citizenship 2014-2020" (REC PROGRAM 2014 - 2020), together with the Municipality of Athens and the Municipality of Larissa.

The aim of the project is to strengthen the existing Municipal Youth Councils and to create new ones, both taking into account the principles of inclusion.

In the last two meetings, on the one hand of the pilot Municipalities and on the other of the Municipalities of the Europe Goes Local network, KEDITH was represented by its Youth Department and the Municipal Youth Council of Thessaloniki by its President, Makis Barbounis and its Treasurer, Antonis Parasoglou, respectively.

It is worth noting that Thessaloniki is the first city in Greece, which in 2018 with the initiative and orchestration of the Public Benefit Enterprise of the Municipality of Thessaloniki - KEDITH invited the young men and women of the city and shared with them the vision of the Municipal Youth Council, which has been running smoothly ever since.

Through KEDITH, the body for the establishment and support of the Municipal Youth Council of Thessaloniki (DSNTH), the Deputy Mayor for Sports, Youth, Volunteering, the Municipality of Thessaloniki is a pioneer once again, creating subgroups with members of the DSNTH, socially vulnerable groups and elected officials. executives working in a relevant field.

The project is in the first stage of its development, the research, and is expected to be completed in July 2023 with the pilot implementation of the conclusions in the three participating pilot municipalities.

WHAT; A city full of young people, with a mosaic past and signs of different cultures, Thessaloniki stretches from Thermaikos to Kedrino Lofos and invites photographers, amateurs and non-artists alike, to capture its magic in a click. The Center for European...

Dear parents and guardians, The Public Benefit Enterprise of the Municipality of Thessaloniki, guided by its social role and its public benefit character and the current period, having a sense of responsibility to serve the institution of the family, announces that those...

Culture and Environment: When information is only one frame away..!

The role of SOLVIT in facilitating business activity and removing obstacles for businesses in the EU.