Europe Day 2022: "Small European citizens are the ones who will transform European ideas into European values". 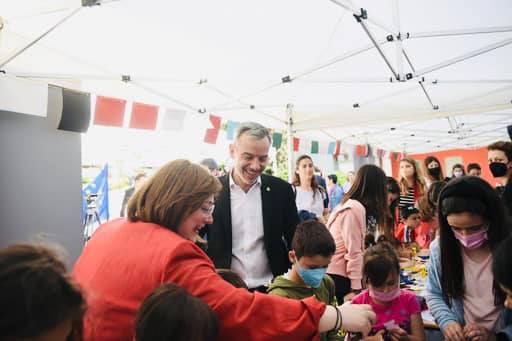 May 9 marks the anniversary of the historic "Schuman Declaration", With which Robert Schuman formulated the idea of ​​a new form of political cooperation in Europe, capable of making the war between European nations unthinkable. This proposal, more modern than ever, is considered the beginning of the current European Union.

Europe Day, as established on May 9, was celebrated yesterday afternoon, Monday, May 9, 2022, at the Outdoor Amphitheater of the Thessaloniki City Hall as part of an event organized by the Europe Information Center Europe Direct of the Public Benefit Enterprise of the Municipality !

As part of the event entitled "Seeing Europe through the eyes of children - Cultural Routes", the students-beneficiaries of the Creative Employment Centers of KEDITH who participated made dolls and dressed them in traditional costumes from European Union countries. Among them stood out three larger dolls, which the children dressed in traditional costumes of Greece, Cyprus and Germany.

The event was attended by, among others, the Deputy Minister of Interior, in charge of Macedonia and Thrace, Stavros Kalafatis, the Mayor of Thessaloniki Konstantinos Zervas, the Deputy Mayor of Education Ioanna Kosmopoulou and the Consul General of France and director of the French Institute of Music in Thessaloniki. 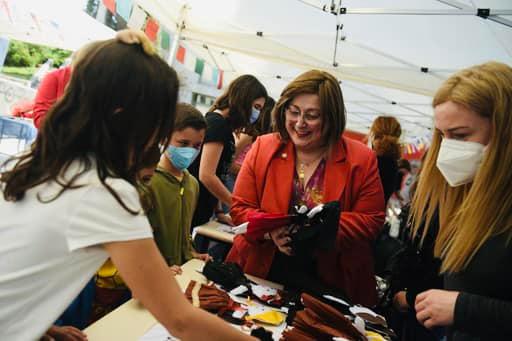 "With today's event we come to highlight that small European citizens are the ones who will transform European ideas into European values in this world where they want to live ", said from her side the President of the Public Benefit Enterprise of the Municipality of Thessaloniki, Dr. Dimitra Akritidou, while noting that" through the cultural heritage of Europe we tell our children that we respect the past and build together the future for a peaceful Europe ".

The mayor of Thessaloniki, Konstantinos Zervas stated that "the European Union has now become our common home. May 9th is a very important day for us Europeans, since we celebrate for all that we have gained through peace and solidarity", Said among other things the Mayor of Thessaloniki, emphasizing that we see" with a lot of optimism the future for more Europe and for a better coexistence of peoples ". Mr. Zervas also referred to the war in Ukraine, noting the need for the peoples of Europe to move towards peace, coexistence, solidarity, culture and development.

The Deputy Minister of Interior, in charge of Macedonia and Thrace, Stavros Kalafatis, stated in his statements that "the idea of ​​the event is brilliant, as it gives the opportunity to marry the traditions of different countries and talk about a common future." As Mr. Kalafatis stressed, "Our common European future is a necessity in a very turbulent time, where a Europe of rights, innovation, avant-garde, a more political and social Europe must emerge ".

We thank the following media for covering the event

On the occasion of the declaration of 2023 as the European Year of Skills, on January 17th an informative event entitled "Young people in the European Union" was held at the K. Voutsas theater of the 2nd GEL of Thessaloniki. The main theme is the possibilities provided to young people...

Students of the General Lyceum of Intercultural Education of Evosmos attended an online educational day on Wednesday, January 11, 2023, with the main theme being the profile of the EU institutions and the opportunities that young people have through the European...

"2023 European Year of Skills Looking to the future"

Familiarization workshop with the idea of ​​inclusion

EUROPE DIRECT: Announcing the Results of the Photo Contest "A Thousand Views, ONE CLICK!".